Music video created by Chaco on the occasion of the 45th anniversary of the Apollo 16 mission, first published by NASA on June 2017. Best enjoyed with volume turned up.

Original score composed specifically for the occasion. Voice by JFK (from his 1962 Rice University speech) and original radio communications between the Lunar Module and Houston. 500 frame per second 16MM footage of the Saturn V rocket in lift-off captured by camera E-8 at Kennedy Space Center. 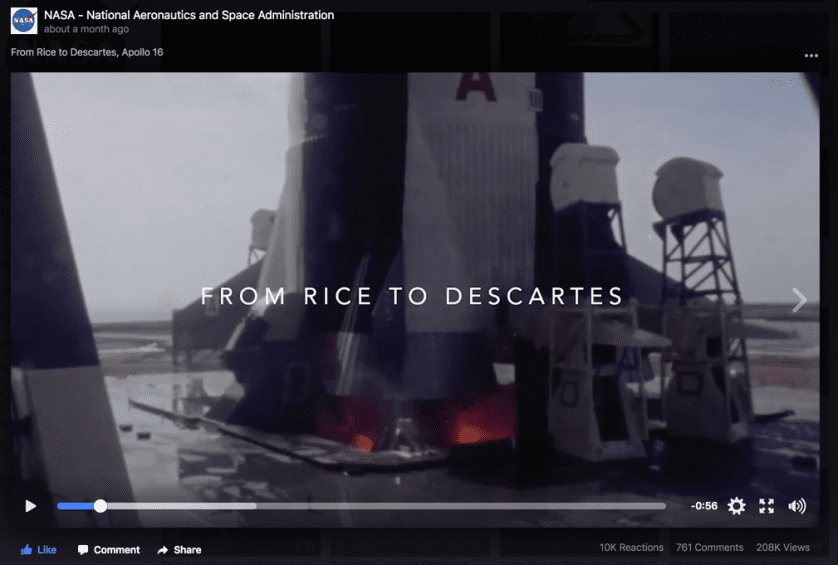