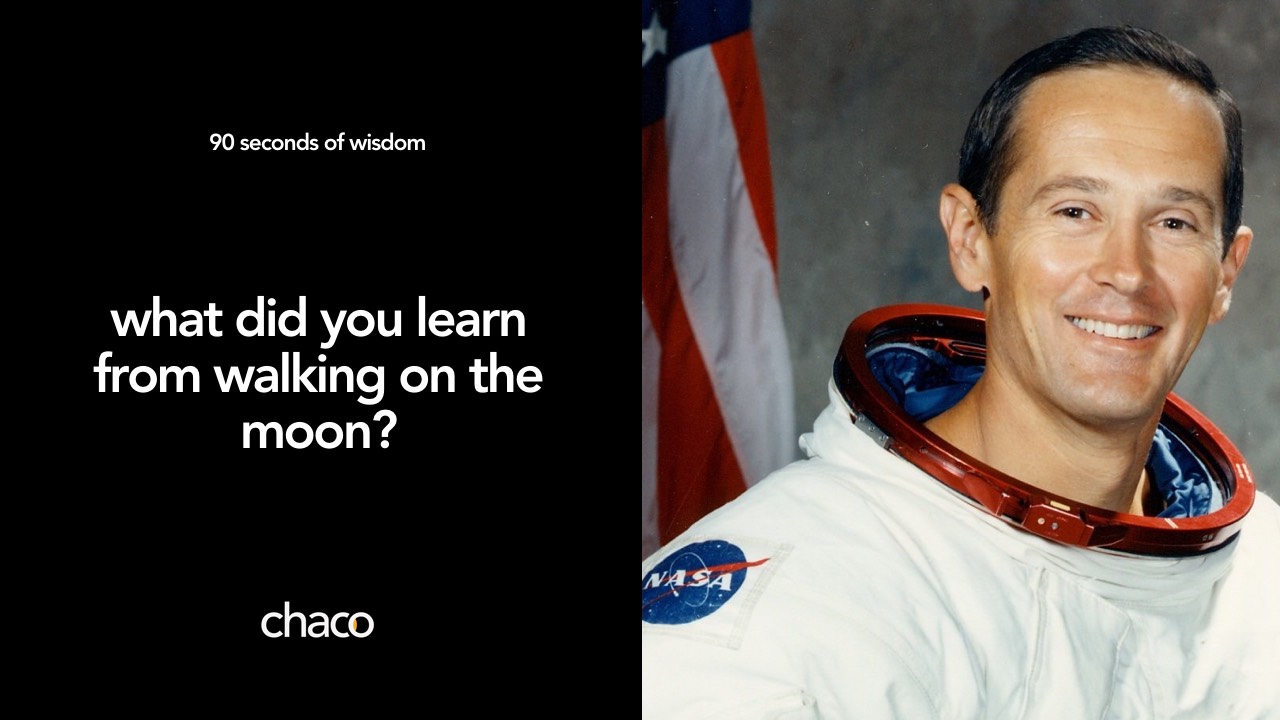 What do you learn from walking on another world? We sat with Charlie Duke, the youngest man to step on the Moon to find out.

Chaco recently had the privilege of helping tell one of mankind’s greatest stories by designing and building general’s Duke brand new site, the best designed and most comprehensive site of any astronaut.

Charlie came to the conclusion that we are “three-legged stools”, made of one body, one mind and one spirit. It is important that you develop not just one or the other, but each of them to the best of your ability.

Just like you can exercise to improve your physical body or get the best possible education to sharpen your mind, one benefits equally from developing a sound spiritual side. “I try to keep my life in balance in that way”.

As you’d expect, team-work is crucial to any project: it is essential for all to be on the same page and eventually become one.

But how do you become one with team members you didn’t get to personally chose?

“You need to understand each other’s personality and dampen your own, until you meld together. You have to say OK let’s figure this out so we can, in our training over the years, develop an integrated personality for the crew. That took some work, but eventually, by the time we flew we were as one”.

One of the most difficult things is to prevent your mind from wondering, losing sight of long term objectives as well as the immediate tasks at hand.

It is important to learn to stay focused throughout. Boresight focus is essential to the thorough planning, preparation and execution needed to overcome unforeseen circumstances, which then lead to outstanding performance.

”you had to have almost boresight, tunnel vision if you will”.

Born in 1935, Charlie Duke is the youngest man to walk on the Moon, where he spent a record 71 hours. As an astronaut he participated in 5 Apollo missions, and it was to Duke that in 1969 Armstrong said “the Eagle has landed”.
Before joining NASA, Charlie was a USAF fighter pilot stationed in Germany, a test pilot in California and earned his masters in aeronautics at MIT.